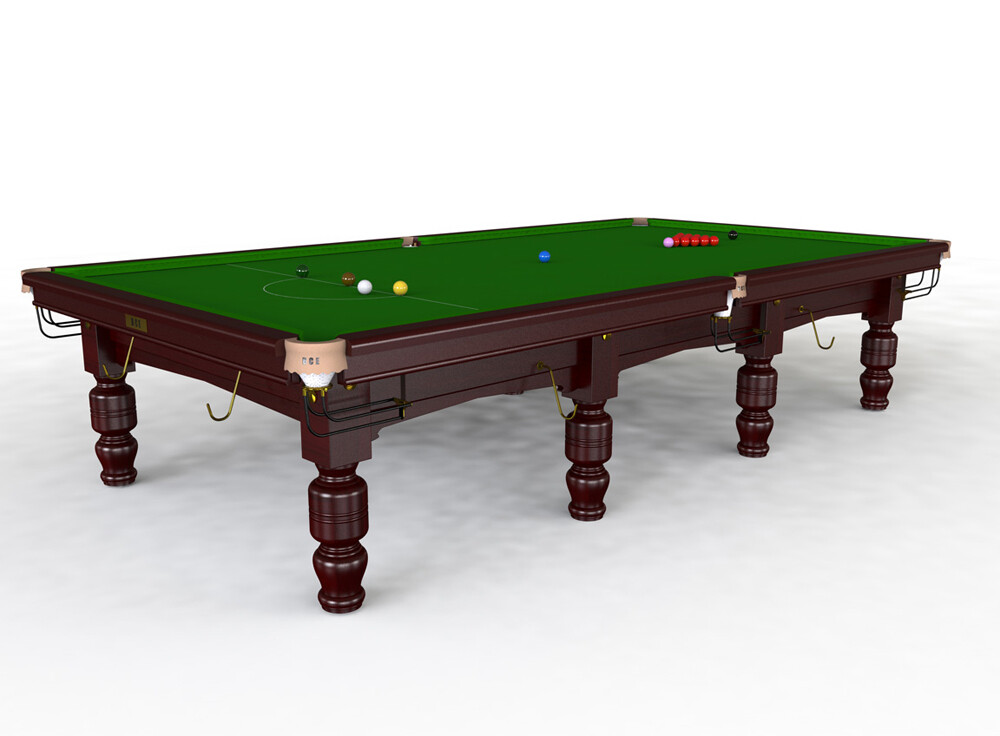 The BCE Westbury Snooker Table; 1982 - 1992. As used at the World Professional Snooker championships and other televised events.

BCE are re-launching the iconic BCE Westbury Snooker Table as used by the WPBSA between 1982 - 1992 when the motivating factor was, the table selected for these WPBSA events was the best in its class.

In the same way BMW brought the Mini brand back from the 1970’s, the BCE Westbury is being dusted off and being put back on the map with this great limited offer.

Like so many fine wines, premium gins that produce small parcels or limited batches we are only offering 100 tables at this special re-launch price.

• Manufactured from only the finest hand selected mahogany and hard woods.

A JOURNEY BACK IN TIME

Where is the BCE Westbury Snooker table now made?

The BCE Westbury is Made in Great Britain.

What is the table made of?

Who owns the BCE name?

BCE is part of the Riley group, a sister brand in fact. BCE and Riley were brought together in 2003 by our Managing Director (and owner) Stuart J. Lacey.

Why do Riley want to re-launch the BCE Westbury when the Riley Brand is so dominant around the world in just about every market?

The BCE Westbury Snooker Table has a certain heritage dating back over 40 years, Riley’s roots go all the way back to 1897. Both brands stand for different things to consumers around the world.

The Westbury Snooker table has been re-launched to target Clubs around the world offering a more affordable price point, a top-quality product but on a more commercial basis. For example, the Westbury does not come with the option of Steel block cushions, or Italian slate, or match cut pockets, the Westbury is produced to exacting standards albeit club standards, ( durable, built for the club environment that will stand the test of time, of hours and hours of play, literally ) targeting Snooker clubs all around the world and consumers who can’t quite stretch to or justify the level the Riley brand is positioned at in the market.

Stuart Lacey our Managing Director comments; “We thought long and hard about bringing the BCE Westbury back, many of our customers over the years have asked, why we don’t really promote BCE snooker tables as we used to, the simple reason was, the business could not dedicate the time to managing two brands parallel with one another. What’s changed? Our production facilities now have the capacity to produce this new line plus we can now make the distinction between where the two brands focus is; Riley is focused on consumers and high-end Snooker Club markets around the world such as Hong Kong, BCE will focus on Snooker Clubs around the world and consumers who want a good quality Snooker Table at a more affordable budget. We believe the two brand offerings can now complement each other and coexist in all markets”.

Do customers get a warranty?

Was the BCE Westbury the table used in 1985 at the Crucible when Steve Davis lost to Dennis Taylor on the black?

Yes, the 1985 World Championships final between Steve Davis & Dennis Taylor when 18.6 million watched on TV, was a BCE Westbury Table, some say the greatest ever final.

* US Shipping Delivery and Installation:

Installation to be completed by a Riley UK Fitter.

Table must be in the room where it is to be installed, put to one side, with boxes unopened.

The Fitter will require the assistance of 4 men, for approximately 30mins / 1 hour, to lift the slates into position.

Should you have any further questions in relation to the purchase of any Riley slate bed snooker, pool or billiard table, please contact:

Save this product for later
Display prices in: GBP